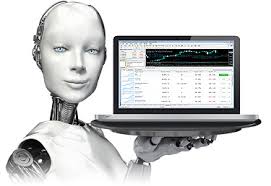 Stochastics are an oscillator developed by George Lane and are based on the following observation:

As prices decrease – closing prices tend to be closer to the lower end of the price range. Fast Stochastics consists of two lines, % K and %D:

The %D line is a Simple Moving Average of the %K. Because it is a moving average, this line is smoother than the %K and provides the signals for an overbought/oversold market.

The most common uses of Stochastics in Forex and Binary Options Strategies are to:

Generally the area above 80 is considered overbought, while the area below 20 is oversold. The specified overbought/oversold ranges vary. Other commonly used ranges include 75-25, 70 -30 and 85 -15. Overbought and oversold signals are most reliable in a non-trending market where prices are making a series of equal highs and lows.

If the market is trending, then signals in the direction of the trend are likely to be more reliable. For example if prices are in an up trend, a safer trade entry may be obtained by waiting for prices to pullback giving an oversold signal and then turn up again. 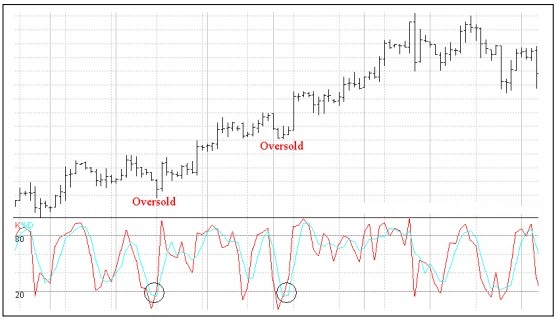 For a buy or sell signal, the following conditions must be met in order. 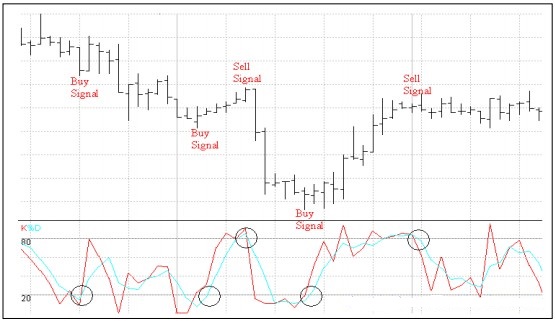 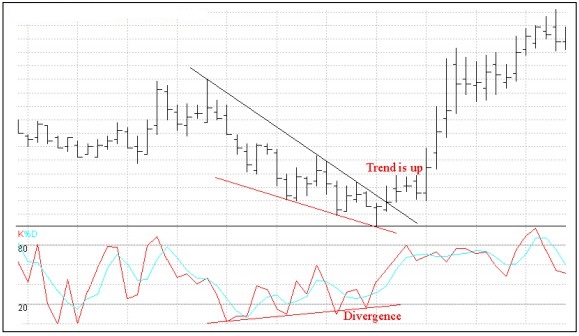 A value greater than the default results in a smoother less sensitive %K Fast line. The averaging period is the number of observations of %K FAST lines used in the moving average. The smaller the value, the close the %D will be to the %K