By calculating the RSI in this way, Wilder was able to overcome two problems he had encountered with other momentum oscillators. Firstly, the RSI should avoid some of the erratic movements common to other momentum oscillators by smoothing the points used to calculate the oscillator. Secondly, the Y Axis scale for all instruments should be the same, 0 to 100. This would enable comparison between instruments and for objective levels to be used for overbought and oversold readings.

The most common uses of RSI in Binary Options trading are to: 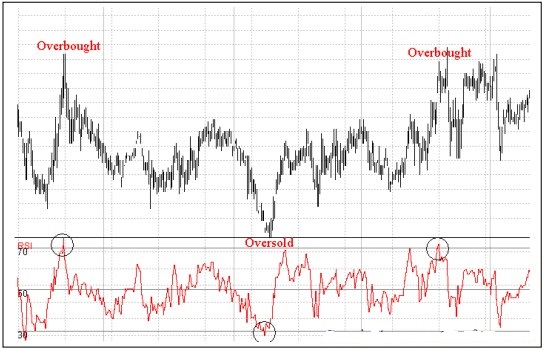 If the market is trending, then signals in the direction of the trend are likely to be more reliable. For example if prices are in an uptrend, a safer trade entry may be obtained by waiting for prices to pullback giving an oversold signal and then turn up again. 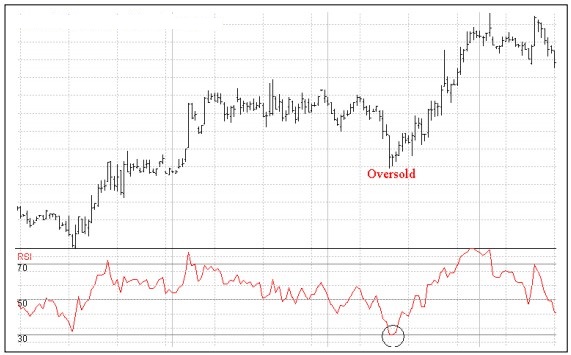 If the RSI is above 70 and you are looking for the market to form a top, then the RSI crossing back below 70 can be used as a sell signal. The same is true for the market bottoms, buying after the RSI has moved back above 30. These signals are best used in non-trending markets. 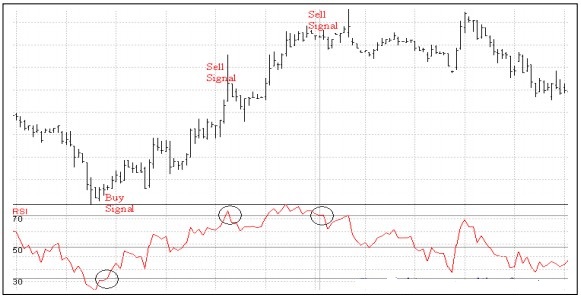 In trending markets, the most reliable signals will be in the direction of the trend. For example if the market is trending up, taking only buy signals after the RSI has moved back above 30 after dipping below it. The reason for taking signals only in the direction of the trend is that when the market is trending any counter trend signal is likely to indicate a small retracement against the underlying trend rather than true reversal. 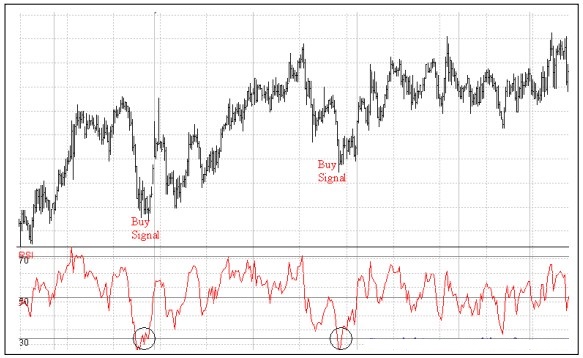 Divergence between the RSI and the price indicates that an up or down move is weakening. Bearish Divergence occurs when prices are making higher highs but the RSI is making lower highs. This is a sign that the up move is weakening. It is important to note that although Divergences indicate a weakening trend, they do not in themselves indicate that the trend has reversed. The confirmation or signal that the trend has reversed must come from price action, for example a trend line break. 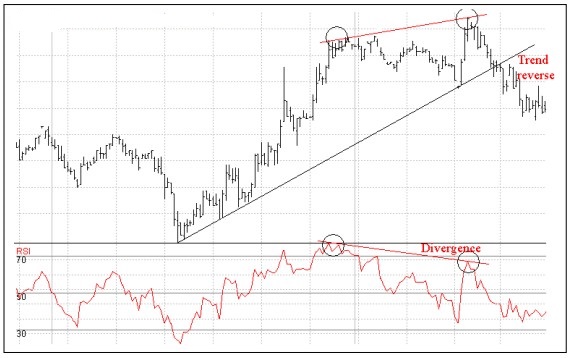 Wilder used 14 as an observation period although periods of 9 and 7 are also popular. Decreasing the observation period increases the sensitivity of the RSI to changes in price, resulting in a more responsive RSI. Note that a shorter observation period may also result in an increase in the number of false signals. A longer period results in a smoother RSI that will generate fewer signals.